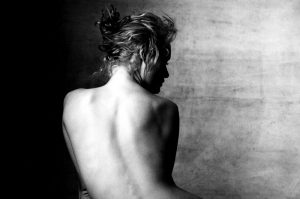 It’s hard to recall a time before BRCA. In the two decades since testing for the two gene mutations—BRCA1 and BRCA2—linked to breast and ovarian cancers became available, tens of thousands of women whose results came back positive have elected to undergo prophylactic surgery, giving rise to the term previvors. Following Angelina Jolie’s 2013 public revelation that she’d joined their ranks, a 64 percent increase in BRCA testing in the general population ensued, according to a 2016 Harvard Medical study.

Meanwhile, BRCA’s quiet cousin, Lynch syndrome, with gene alterations also linked to ovarian cancer, remains little known. In part, this can be put down to BRCA’s role as “the celebrity mutation,” as geneticists sometimes describe it. Another reason is that, while the BRCA mutations can affect the breasts and ovaries, Lynch syndrome puts people at higher risk for a variety of cancers—colon, uterine, ovarian, pancreatic, stomach, liver, bladder, upper urinary tract, skin, and, in rare cases, brain. This diffusion has made it harder for a single voice to be heard.

Lynch first emerged more than a century ago, when a seamstress confided in Aldred Scott Warthin, M.D., chairman of the department of pathology at the University of Michigan, that many of her family members had succumbed to cancer, and she feared for her own health. Warthin’s survey of the cancer-prone family was picked up in the 1960s by Michigan physician Henry T. Lynch, M.D., after whom the syndrome was later named. The five genes connected to the disorder were identified in the mid-1990s, but genetic testing did not become available until about a decade later.

While exact numbers are impossible to obtain, a new study estimates that one in 279 people—nearly one million individuals in the U.S.—are carriers. “It may be the most common cancer syndrome, but people aren’t thinking about it enough,” says Sapna Syngal, M.D., the director of gastrointestinal genetics and prevention program at Dana-Farber Cancer Institute in Boston.

I learned about Lynch syndrome when I was 42 and living in Rome. My mother, blushing slightly on Skype, told me that she’d tested positive, which meant I had a 50 percent chance of being a carrier. I soon found myself zigzagging from gynecologist to general practitioner to pediatrician to find someone who’d even heard of the syndrome. In the end, I enlisted a pediatric nephrologist whom I’d met socially to take my blood and send it to a lab in Pavia. There was indeed, the lab confirmed, la presenza della mutation.
Shortly thereafter, I set up a call with doctors in New York. Watching the sun disappear behind terra-cotta barrel roofs, I listened to the oncologist’s advice: “I strongly recommend that you get preventive surgery of your uterus and ovaries.” I suggested that I could do this in two years, when I would be back in New York. “I wouldn’t wait,” he briskly replied.

Despite the many anxious story lines I’d cooked up over the years—tragically dying of a brain tumor or the plane going down—I was not familiar with this one. I was not ill, yet I was being advised to take radical medical action. The odds of my getting ovarian cancer, for example, had only risen from 1.5 percent to about 12 percent. That sounded relatively innocuous until a genetic counselor, rejiggering the equation, told me I had an eightfold risk of developing ovarian cancer—an illness that is rarely detected in early stages.

That summer, I met with my surgeon in New York. Incisions would be made in each of my hips and belly button, through which tiny robotic hands would enter and push out the threatening parts.
The procedure lasted three hours. I came home the next day from the hospital looking, ironically, as if I were pregnant. (Gas had been pumped into my stomach to push the organs surrounding my uterus out of the way.) But, within weeks, the swelling in my abdomen was barely noticeable. I began taking the birth control pill to reproduce the hormones my body had stopped producing; this worked to push back the pond-water warmth of menopause I’d felt following the hysterectomy.

Lynch will always be a part of my life. In addition to the colonoscopy I am now required to undergo annually, both of my children have a 50 percent chance of being carriers. Still, I feel lucky to be living at a time when we can see the outline of the future and subtly shape it toward our own desires.